As days edge closer to the start of action in the local football scene, clubs in different divisions have stepped up preparations with differing targets in mind.

Gweru-based side and premier league debutants, TelOne FC has left no stone unturned in their quest to make a lasting mark in their first season in the top flight.

An opening match against Herentals FC awaits the new boys on the 30th of March when the 2019 PSL season officially kicks off and a practice match against relegated Bulawayo City gave them a measure of their strength.

Head coach Joel Luphahla expressed satisfaction with his side’s progress and revealed that their target is to retain their premier league status come the end of the season.

Now competing in the ZIFA Southern Region Division One League, Bulawayo City’s target is to ensure Amakhosi finds its way back into the top-flight league.

The two sides paraded their new signings, among them Emmanuel Mandiranga, James Jam and Jacob Muzokomba for TelOne while Bulawayo Chiefs has acquired new signings among them Canaan Nkomo, Thembani Masuku and Prosper Mathuthu. 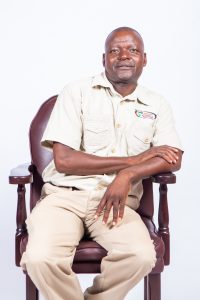